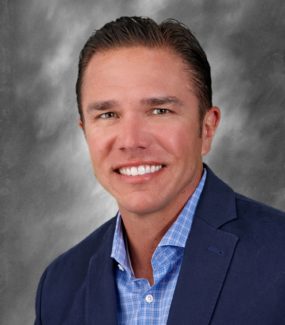 Steven Allen is the managing broker of Allen Property Group, Inc., a real estate company that offers clients assistance with sales, leasing and property management. Steven is a second generation real estate broker who has been licensed since 1997. After starting his real estate career with The Grubb & Ellis Company in downtown San Francisco, he was a top producing agent at Coldwell Banker NRT for nearly 10 years, before going on to form Allen Property Group in 2008.

Steven has been active in organized real estate associations for over 20 years. He served as 2010 President of the Santa Cruz County Association of REALTORS®, a subsidiary of one of the largest trade organizations in the nation.  He has been a  Director for the California Association of REALTORS® since 2007. In 2009, he received the prestigious REALTOR® of the Year Award. In 2015 he served as the Tri-County (Santa Cruz, Monterey and San Benito Counties) Regional Chair.

Steven is a 1992 graduate of Aptos High School and a 1997 graduate of the California Polytechnic University in San Luis Obispo. He is also a graduate of Leadership Santa Cruz County, Graduate of the REALTOR® Real Estate Institute (GRI), and holds a designation as a Certified Commercial Investment Member (CCIM) issued by the National Association of REALTORS®.

Steven is an active  member of his community and involved with many volunteer and professional organizations including The Dominican Hospital Foundation and the Santa Cruz County Business Council. He is a member of the Santa Cruz, Pajaro Valley and Morro Bay Chambers of Commerce. He is Past-President of the Aptos Chamber of Commerce, where he was voted Aptos Man of the Year in 2017. Steven served as Chair of the final 2019/2020 Tourism Business Improvement District (TBID) advisory board to the City of Morro Bay. He now serves as Co-Chair on the newly formed Visit Morro Bay tourism board.

Steven has been the 2nd District Representative to the Santa Cruz County Property Tax Appeals Board since 2019.

Steven and his wife, Amanda, reside in Aptos with their three children, Sophia, Gavin and Derek.